NextTiptheplanet – tips to benefit you and the planet
Velondriake

Blue Ventures today announced the launch of a new project that will monitor and protect threatened populations of shark.

The three-year project, funded in part by the SeaWorld & Busch Gardens Conservation Fund and the Project Aware Foundation, will monitor the number and species of sharks killed each year by fishermen in southwest Madagascar and develop conservation plans to prevent destructive overfishing practices. 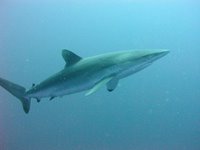 “Sharks populations around are in rapid decline,” said Stephanie Pédron, marine biologist for Blue Ventures. “Their disappearance would have devastating impacts on marine habitats and the local communities that rely upon those habitats for survival.” Pédron is leading the shark monitoring project with Blue Ventures director of science Alasdair Harris and marine biologist Volanirina Ramahery.

Because fishing is the primary source of income for communities in the region, Blue Ventures will collaborate closely with village leaders to develop management plans for shark conservation and sustainable fishing practices.

Thousands of sharks are caught each year in , and local fishermen are beginning to report declines in shark populations. A collapse of the shark industry would threaten the economic stability of the region and pose a critical threat to the broader marine ecosystem. 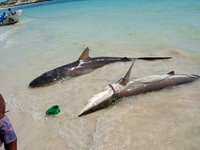 There is growing concern that shark stocks are being depleted around the world and numerous international resolutions have been enacted calling for greater research into the status and threats of sharks globally.

Little research has ever been conducted to determine the full extent of shark fishing in southwest and the rate at which populations are declining. This project will gather the data needed to determine what type of management plans are needed to keep shark populations healthy and local fisheries productive for generations to come.