NextAll in the same boat: integrating conservation and health in Kaledupa
MadagascarVolunteer Expeditions

Our Madagascar volunteers have the opportunity to experience some of the country’s spectacular scenery and iconic wildlife before their expedition even begins! Blue Ventures’ Madagascar expeditions formally start and end in the southwest coastal city of Toliara, but international flights arrive and depart from the capital of Antananarivo, more than 1,000 kilometres away!

The Overland Tour is an opportunity for Blue Ventures volunteers to make the journey from Antananarivo to Toliara (and/or back again!) a truly unforgettable experience. Not only are you driving through beautiful scenery and fascinating places, but you also get the opportunity to see some of Madagascar’s most iconic wildlife.

I recently accompanied Blue Ventures volunteers on the Overland Tour South from Antananarivo to Toliara, and got to experience first-hand why this isn’t an opportunity to miss!

Travelling to the other side of the world for an expedition with people you’ve never met before is an exciting but also understandably nerve-wracking prospect. What will the other volunteers be like? Will you have things in common?

Blue Ventures marine conservation expeditions attract a wide variety of people from all walks of life, but they also invariably bring like-minded individuals together.

From the moment of our departure from Antananarivo the conversations flowed as we all started getting to know each other and shared our excitement at the amazing scenery we were travelling through. That first day of driving passed by in a flash.

Dave, our driver and guide, was a fountain of knowledge, and seemed to know an interesting fact about everything we passed. He was also very happy to stop when we wanted to take a closer look at something, be it rice paddies, fruit stalls or dramatic scenery. Anja Reserve was created in 2001 with the support of the United Nations Development Programme to help preserve the local environment and wildlife, and to provide additional employment and income to the local community.

The second day began with a fascinating visit to the traditional Antaimoro paper factory in Ambalavao, before a short drive through increasingly spectacular rock formations to the community-run Anja Reserve.

We were led into the undergrowth by three guides who all had an astounding talent for finding the reserve’s resident wildlife. With their help we navigated our way through the dense foliage, spotting chameleons, an alligator and some peculiar invertebrates along the way, before encountering what we’d all desperately been hoping to see… Ring-tailed lemurs! Feeling on top of the world after this remarkable encounter, we continued our trek through the reserve, scrambling up one of the rocky outcrops before pausing for a breather at the summit whilst appreciating the magnificent view. Feeling on top of the world in Anja Community Reserve Climbing down from the viewpoint

One of the fascinating parts of the Overland Tour is seeing how the flora and topography of Madagascar changes as you travel through it. The journey from Anja Reserve to our next destination, Isalo National Park, saw the iconic red soil start to fade and the areas of forested highland give way to long stretches of grassland with rice paddies, large herds of zebu cattle and a vast sandstone ridge looming over the horizon.

We began our Isalo trek the next day by climbing the ridge, and we were rewarded at the top with views of epic canyons and sandstone formations. Our guides entertained us as we walked with a wealth of stories and botanical knowledge, often stopping the group to show us all a particular species or tell us the cultural relevance of the things we were seeing. Rice paddies on the plains Zebu cattle being put to work That’s where we are!

After a couple of hours on top of the ridge we descended into a deep forested valley, and were rewarded for our efforts with some more incredible endemic wildlife encounters! Red-fronted brown lemurs appeared out of nowhere, leaping around the rocks and trees with characteristic and very endearing little grunts, and one of our guides showed an impressively keen eye by spotting a brown leaf chameleon.

We cooled down from all this excitement with a refreshing swim in one of the naturally occurring pools, a blissful experience after our very sweaty hike! 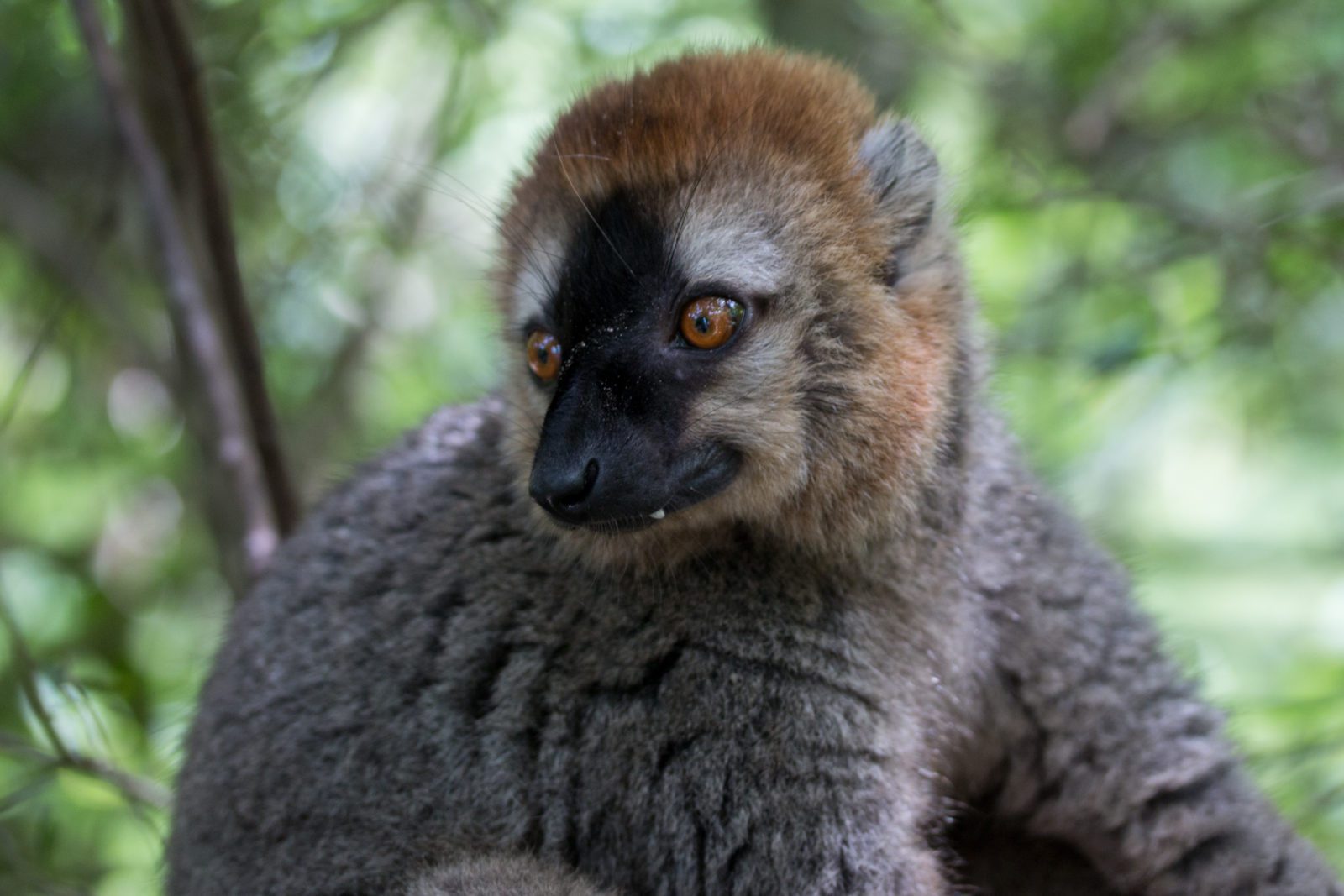 One of Isalo’s naturally occurring pools

That night, our last before reaching Toliara, we were treated to some music and dancing whilst we ate our evening meal. The rhythm was so infectious, and the spirits of the group were so high, that despite the long day we couldn’t resist getting up and joining in. A baobab tree in the spiny forest | Photo: Ben Honey

The next day saw the scenery change again as we neared the coast. There was a buzz of excitement in the group the first time we saw a baobab, but before long it was a regular occurrence to see these amazing trees with their bizarre swollen trunks surrounded by the cactuses and octopus trees of the spiny forest.

On our arrival in Toliara we were greeted by the Blue Ventures Field Scientist, and bid a fond farewell to the intrepid Dave. The Overland Tour was officially over, but the marine conservation expedition was about to begin!

The base of Blue Ventures’ expeditions is the remote coastal village of Andavadoaka, so we had to abandon our minibus for some sturdy 4x4s. This last stretch of our journey was quite a bumpy ride along narrow sandy tracks that wound through the spiny forest.

The feeling of remoteness increased by the hour, and our anticipation grew with it, reaching a new high when we turned a corner to see the vivid turquoise water of the Indian Ocean dotted with traditional fishing pirogues. Pirogues in a turquoise ocean on the road to Andavadoaka | Photo: Ben Honey The main street of Andavadoaka

Our arrival in Andavadoaka that afternoon took us all by surprise. Suddenly, we were driving between rows of wooden houses, and our drivers were shouting salama in greeting to their friends and family.

Passing the pirogue-lined beach, our 4x4s climbed the dunes on the outskirts of the village, coming to a halt before a line of cabins with a stunning view over the ocean.

One journey was at an end, another about to begin.

Special thanks to Matt for producing the film, and to all the volunteers for being such excellent companions!