NextLife in a pirogue
Uncategorised

Antananarivo, Madagascar — April 13, 2011—Despite being one of the most culturally significant and iconic species in Madagascar, the Radiated Tortoise (Astrochelys radiata) is being catapulted to extinction because it is a source of food for local people and a highly-prized commodity for poachers. Surveys conducted in March by the Turtle Survival Alliance (TSA), The Orianne Society, and Nautilus Ecology showed that unsustainable harvesting, collection for the illegal pet trade, and habitat loss will continue to spell doom for this species unless a unified and holistic approach to ensure its survival is taken. The Radiated Tortoise was once protected by a cultural taboo that prevented local tribes from eating them. However, increased development within the range of the species has caused an influx of people from tortoise eating tribes. “A cataclysmic shift has occurred,” says Dr. Christina Castellano, Director of Turtle Conservation at The Orianne Society. “Traditionally, tortoise meat was served on special occasions, but now it is eaten on a daily basis. Hundreds of pieces of discarded tortoise shells litter the sidewalks in some communities. This staggering level of consumption is not sustainable.” 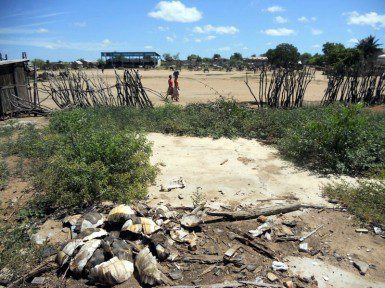 This large and slow-moving tortoise is literally defenseless against poachers, as are the communities that want to continue to uphold the taboo. A poaching network, often referred to as the “Tortoise Mafia,” makes this nearly impossible. “The poaching is ongoing and relentless with poachers sweeping entire areas, clearing them of tortoises,” says Ryan Walker, Biologist at Nautilus Ecology. He goes on to say that “armed poaching gangs are sometimes up to 100 strong, and, as a consequence, we are witnessing the systemic extermination of this species.”