But before you start picturing new shoots, daffodils and lambs gambolling playfully in fields, I should make clear that I’m sitting here in thirty degree heat and sweating as I type. There are some baby goats around, but the only gambolling they do is in the cool of the early morning, on my balcony (thanks guys – those little hooves at 5 am are a real treat). Spring here is pretty much like winter – dry and sunny every day. It’s just you start to get more days like this one, when a stroll to the village means a change of T-shirt and you realise it won’t be long before you’re sleeping under the stars and diving in swimming trunks instead of wetsuits. 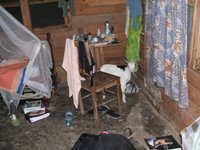 We’ve been back on site now for a full diving week, and the new team are mostly dive trained and semi-benthic enabled. Besides involving a full programme of coral reef monitoring, this expedition will also see us exploring some of the new MPA sites, and if possible sending out manta-tow teams to find new patch reefs to monitor. We also plan to head north at some point to Belo-sur-Mer, a small village and regional shipbuilding centre just south of Morondava. An exploratory mission there by Stephanie, our field scientist, last month has highlighted a number of new possibilities there, from mapping of uncharted reefs to shark and turtle monitoring. A French conservation-minded entrepreneur has set up an eco-lodge there and so another possibility is that we work with him and others on setting up a satellite BV operation there, both to increase the geographical scope of our reef survey work and to start implementing a marine protected area around some of the off-shore coral islands. 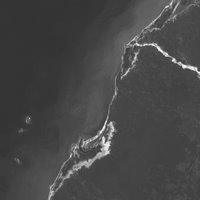 Meanwhile, here on site other projects will of course continue, from daily whale watching on Nosy to snorkel mapping of the nearby fringing reefs. We’re also on the point of launching a new shark and turtle monitoring programme, which will see us training people in villages up and down the coast to record details of every shark and turtle caught by local fisherman. At present the evidence is that the shark and turtle populations in the area are being fished unsustainably, and so research on the fishing industry is needed urgently as a first step towards a programme of conservation measures. Of course what we’d really like is to manage the reintroduction of turtles to their original nesting grounds along the coast (they used to nest here), but for the moment that must probably remain a longer term objective. 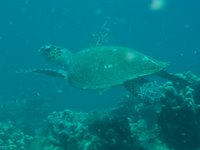 OK well that’s enough from me for now, but there’ll be contributions from some of the new volunteers shortly and also some research updates from our field scientists Lea, Ashley and Stephanie. Veloma iaby. Alex